“Everybody is a genius. But if you judge a fish by its ability to climb a tree, it will live its whole life believing it is stupid.”  – Albert Einstein

A psychologist and Professor at Harvard University’s Graduate School of Education named Howard Gardner developed the theory of multiple intelligence. His theory was formulated and based on his study of various individuals from different walks of life. He conducted interviews with people from different professions, and backgrounds. His brain research included hundreds of people, including children with autism, stroke victims, prodigies, and what was at that time called “idiot savants” who were actually geniuses in other fields. This was where Multiple Intelligence or MI became a very promising theory.

Gardner discovered and defined the first seven types of intelligence in his book “Frames of Mind” in 1983. Later on, he added the last two types of Intelligence on the list in his book, “Reframed” in 1999.

Professor Howard Gardner’s MI Theory openly challenged traditional beliefs in the fields of cognitive science and education during his time. According to the traditional definition, intelligence is an unvarying cognitive capacity that people are born with.  According to popular science, this capacity in humans can simply and clearly be measured by short-answer exams.  However, according to Gardner, intelligence is defined as:

By now, you are interested in learning what these 9 amazing kinds of intelligence are. Am I right? OK, here we go. 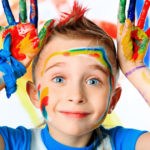 t through visual cues and able to organize things in their correct locations have this ability. Kids with this kind of intelligence have a strong sense of the order of things and how they are arranged. They are also like to see what you are talking about in order to understand effectively.  They usually enjoy maps, pictures, charts, graphs, illustrations, costumes, art, puzzles, spot-the-difference problem, solve mechanical problems, and other visually focused games – basically just about anything that is visually appealing and challenging. They learn better through visual aides and pictures. 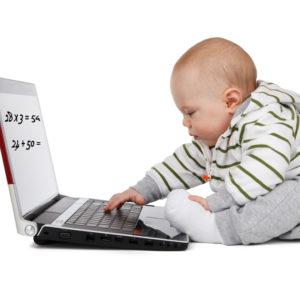 Young people who exhibit an advanced understanding of numbers, problem solving and reasoning have this kind of skill set. They are number or reasoning smart. This is the usually the other half of the children in any given classroom in most countries who regularly do good in traditional teaching environments. These kids tend to like dealing with numbers, problem solving and getting high scores in tests. 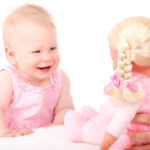 Children who display strength in the language arts through reading, speaking, writing, and listening are word smart. These young students usually excel in traditional teaching environments because their intelligence is a good fit in the current traditional teaching style. People with this ability learn other foreign languages easily. They understand the patterns in words and dialects easily. These kids are those that are more persuasive among peers. They have a way with words and they can express their thoughts and feelings articulately in writing and speaking.

Kids who learn best through activity: movement, games, hands-on tasks, building, arranging, dancing, and martial arts are known as body smart. Most of the time, kids who exhibit this ability are often labeled as “overly active or hyperactive kids.” These young souls just want to move in newer ways, they love to play, dance, or move as freely as the birds. They explore the limits of their bodies through movement and discovery. This is how they are wired. 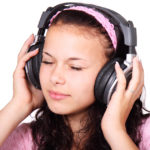 Young children who learn quickly through patterns, rhythms, instruments, songs, and musical expression are sound smart. Individuals with this skill usually hear things and details that other people don’t. They appreciate music, frequencies, and vibrations more than others. They hear and create beautiful musical patterns and that makes them happy. They learn lessons easily when it is taught through nursery rhymes, jingles, and songs.

When kids are especially in touch with their own feelings, values, and ideas, they are self-smart. Children with this skill tend to be reserved and shy, but they are usually very insightful about what they learn and how it relates to them. These people are usually introverts and love to be alone. They tend to contemplate on the mysteries of life, the mind, and their place in their specific place in the universe. They are inclined to see patterns, form insights and learn lessons deeply; Thus, they are able to connect the dots to form their own opinions and conclusions. They are natural thinkers and philosophers. 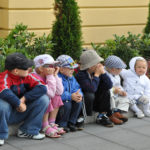 Youngsters who are naturally drawn to others, who are people-oriented, socially active and usually do their interactions and learning cooperatively in groups are known as people smart. These individuals may have been stereotyped as “very talkative” or “too social” in a traditional setting but they actually thrive and feel more enjoyment through social settings and dialogue. These beautiful souls have a special kind of charm when it comes to dealing with people. They are more happy-go-lucky, persuasive and charismatic individuals.

Young ones who love the adventuring in the great outdoors, field trips, interacting with animals, and exploring the world are nature smart. Their strengths and empathy enable them to derive meaning, and the subtle difference in living things in the natural order. They tend to listen and understand better when lessons are taught using fables and stories. 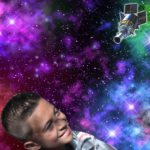 There are children who understand and learn from the perspective of where they belong in life. They also ask questions about humankind, the world, and anything in existence. They look at the “big picture” of how humankind relates to life and beyond. They usually ask questions like: “Why are we here?” or “What is our role in the world?” This kind of intelligence has a potential to create philosophers, scientists, theorists, and inventors. These kids are forward thinkers and pioneers. They explore the outer limits of what is interesting and relevant to them.

Knowing that there are different kinds of intelligence allows us to nurture and improve what we already have. When we see the potential in children, we can also help them learn better. We will also understand and appreciate them better. It also enables us to understand why other people think differently and how we can communicate with them in terms that they understand best. What do you think are your particular set of intelligence? Which ones on the list speak to you in profound ways? Which one do you want to nurture in kids and the kid within you?

What do you think are your different intelligence types when you were a child and what types of intelligence are you more attuned to nowadays?

If you liked this article please like and share with your friends, colleagues, and family. You would be helping them discover something new today.

Thank you for visiting and I hope you learned something fun and exciting today. Have you heard of the Happiness Advantage?

Have an awesome day!

4 thoughts on “The Theory of Multiple Intelligence (MI) and Why Does It Matter?”