Here is the awaited Part 2 of the previous article:

I mentioned that this movie had multiple character development in the previous part. Loki, the Asgardian God of Mischief, Thor’s adopted brother even had his “moment” in the first few ten minutes of the movie. Loki gave up the Tesseract (housed within was the Power Gem) to save Thor from dying in the hands of the mad Titan, Thanos.

Loki bravely announced to Thanos that: “We have the Hulk!” Then a titanic one-sided Thanos vs. Hulk vs. matchup happened. As the Hulk was undeniably defeated and all hope seemed lost, Loki was about to do something that most fans expected him to do. He was about to switch sides and betray Asgard once again. He was about to swear his loyalty to Thanos. One thing that we should take note was that Loki said I, Loki of Asgard, Odinson… (as his eyes darted towards his brother, Thor). This was a huge announcement; this was the first time that Loki truly accepted that he was the son of Odin and a true Asgardian. As the speech was about to end, he swiftly attacked Thanos with his dagger but failed. Thanos strangled Loki with his left hand as Thor watched, unable to do anything. Loki died and Thanos said, this time there will be no resurrections. Loki died as an Asgardian and a true son of Odin. He died with honor and a single tear fell from my eye. Loki knew his father and brother truly loved him and the God of Mischief loved Asgard with his dying breath.

Can you recall another movie that conveyed such powerful emotions in the first 15 minutes? There was a cornucopia of feelings involved, danger, fear, excitement, hope, bravery, despair, acceptance, sadness, triumph, and redemption.

In the comics, Thanos was alone with the Infinity Gauntlet VS. All of Marvel’s best. He was up against Avengers, Fantastic Four, Silver Surfer, Galactus, X-Men, Alpha Flight, X-Force, New Mutants, Defenders, New Warriors, and a whole lot more. In this movie, all that stands in Thanos’s way are the Avengers, Dr. Strange and the Guardians of the Galaxy. In this movie, Thanos has his Black Order. Our heroes are fighting for their lives, the world, the universe, against insurmountable odds. 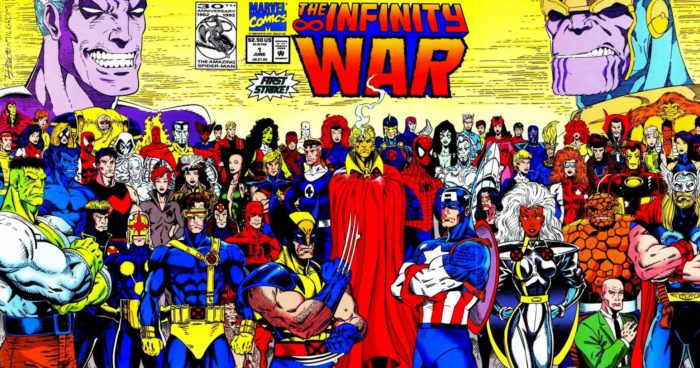 Let’s move on to Thor’s quest to retrieve a new weapon against Thanos. The God of Thunder, the young Groot, and Rocket Racoon went to different places, I remember there was one named “Knowhere,” and I forgot the name of the other one. They arrived in a realm where there was a Giant, but Asgardians called them dwarves. Funny, huh? This giant dwarf, named Eitri, was the lone survivor of a clan of 300 of his kinsmen. He was the metalsmith that created the Infinity Gauntlet in the MCU. A weapon or tool capable of housing and harnessing the infinite powers of the Infinity Gems! Now, Thor wanted Eitri, the Dwarf King to forge a new weapon for him. The actor who played Eitri was Peter Dinklage, and I really thought he was going to play the role of Pip the troll in this movie, haha. Boy, was I wrong! Anyway, the weapon was going to be named “Stormbreaker.” This is a name that countless Marvel Comic fans recognize as the weapon of Beta Ray Bill. Maybe this new hybrid weapon of hammer and axe is a precursor to the introduction of a new Marvel character in the big screen. That would be pretty exciting don’t you think? The way the weapon was created on the big screen showed immense grandeur, wonder, power, and creativity. Even young Groot had an important role in the creation of this new weapon. Remember that “Mjolnir was created in the heart of a dying sun.” That phrase sounds vague and unbelievable, right? In this movie, we see how it’s done. Thor even risked his life and stood in front of the intense scorching heat of a dying sun to keep the forge bellows lit and functioning. It was marvelous to see that not a single hair on his head even got burned, haha. I’ll let that one slide. Stay tuned for part 3.

3 thoughts on “The Avengers: Infinity War was awesome! Part 2”